3.1 Film Studies and Project Based English 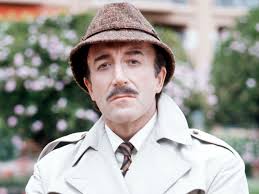 Film Studies explores the many aspects of films from the technical to the
social and political. The course is essentially project based whereby students
are expected to research or explore the ideas or concepts, touched on in the
class, in their own time. NCEA assessments may be attempted at any time by
individuals who choose to do so and have displayed the skills and learning
needed.

There will be a range of NCEA level one and two English assessments for
you to choose from, according to your needs and interests.

Students who are interested in film but who are not interested in pursuing
NCEA in this course are also welcome. And students who wish to attend the
course when a particular film interests them may also do so.

A look at how culture shapes what we laugh at. British films strongly influenced the way New Zealanders looked at the world but there influence has been overwhelmed to a large degree by Hollywood. A chance to cringe as we reflect on the often very non-pc world of British comedy, and then compare it to mainstream American comedy.