Blowin' In The Wind 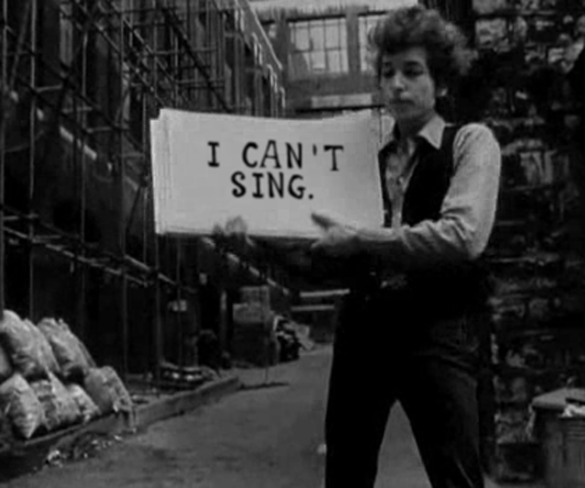 "I try to be a little different on every album," Bob Dylan told Rolling Stone editor Jann S. Weiner in 1969 when he sat down for his first interview with the magazine. That's putting it lightly. In the 55 years since his self-titled 1962 debut, Dylan has released 36 albums - 10 of which are on Rolling Stone's list of the 500 greatest albums of all time - and worn almost too many stylistic guises to keep straight, from the protest-folk radical of 1964's The Times They Are A-Changin' to the gale-force rocker of 1965's Highway 61 Revisited and 1966's Blonde on Blonde to the confessional poet of 1975's Blood on the Tracks to the roots-tugging song-and-dance man of 2001's Love and Theft. - Jon Dolan

This course will examine the only musician to ever win The Nobel Prize in Literature. Bob Dylan's poetry and music changed the industry, the culture, and the world in immeasurable ways. You do not need to know anything about Dylan beyond what you just read but you will be required to do a fair amount of independant listening, reading and reflecting on texts.

2.2 We will work on creating a visual text.

Outcomes:
I can interpret meaning by reading between the lines of a text
I can understand a text in regards to the wider contexts such as human experiences in society and the wider world.
Assessment Opportunities:
90852
90855
90854
Copyright © 2022, LMS Ao Tawhiti. Theme based on Best Responsive by Devsaran